A comment from a reader led me to take a look at a slick website hawking a product called Generation Ucan that is marketed as delivering several “scientifically validated” benefits to people engaged in athletic activity.  From the serious beginner to the most highly-paid professional, athletes are notorious for their susceptibility to being taken in by products that claim to improve performance.  The Generation Ucan website has several of the characteristics that are often associated with nutrition scams that make fabulous claims while trying to sell untested or poorly tested junk to gullible people so I decided to take a closer look.

The Generation Ucan website is filled with phrases like “lab tested”, “scientifically proven”, “our science”, and “proof/validation”.  First of all, reputable research scientists virtually never talk about “proof” like this.  We talk about the extent to which the experimental evidence supports or fails to support the conclusion.  The marketing-hype alarm goes off big-time when “science” and “proof” occur together in product marketing.

The website has links to a couple of white papers that talk about research that supports their claims for their HMS.  White papers are documents produced by a company with the aim of selling a product.  Generation Ucan’s white papers reference “internal studies” as evidence that HMS is wonderful.  As evidence to support their claims about HMS, these internal studies are worthless.  Not enough information is given to determine whether the research was carried out rigorously and properly.  The internal studies may provide good evidence or they may not.  There’s no way to know one way or the other.  However, if the science was good, you would expect it would have been published in a top-rated peer-reviewed journal.  There is no indication on the website that these internal studies were submitted to a reputable journal or survived a rigorous peer-review process.  Basically, the white papers contain a lot of unsubstantiated claims tricked up to look like science.

Buried in the science section of the website they have a link to downloads.  Follow that link and what you mainly find are sales kits.  Sales kits in the scientific evidence section?  There are seven of these sales kits.  There are also two links to their own white papers, and one link to an article in the journal Nutrition about HMS.  Nutrition is a peer-reviewed journal and this article is the only reliable scientific evidence that I found on the Generation Ucan website.

The article in Nutrition is the real deal although it should be noted that Generation Ucan funded the research project that is reported in the article.  What does it report?  Nine male cyclists engaged in a 150 minute cycling session at 70% VO2(max) – that’s fairly intense – followed by a 100% VO2 (max) time-trial to exhaustion.  Before the exercise session and immediately afterwards the cyclists were given either HMS or maltodextrin.  Maltodextrin is a sweetener often used in candy, soda and many other products.  HMS and maltodextrin are both sources of carbohydrates.

Note that they didn’t call their HMS “superstarch” when they submitted the research for peer review.   If they had, they would have been laughed out of the room.

The study found that the HMS group had a lower initial insulin spike than the maltodextrin group.  They also found that the HMS group showed a higher level of fat breakdown during the recovery period.  There were no reliable performance differences between the HMS and maltodextrin groups during either the 150 minute exercise period or the time-trial to exhaustion that followed.  There was also no reliable difference between the two groups in the level of fat breakdown during exercise.

The authors of the article note that the increase in fat breakdown during the recovery period after exercise was probably due to the HMS that was given after the exercise period.  Their research doesn’t test this hypothesis but it is plausible given what is known about the effects of HMS and the relationship between insulin and fat burning.   Insulin is prominently involved in the regulation of fat oxidation.  Lower levels of insulin correspond to higher rates of fat burning and vice versa. The study in Nutrition provides good evidence that HMS reduces insulin and reduced insulin typically produces higher levels of fat oxidation.

Keep in mind that this study in Nutrition is the only reliable scientific evidence that is given on a website that heavily stresses the scientific basis for their claims about how wonderful their product is for athletes.  While this isn’t much, it’s more than you often get on websites that sell wonder foods for sports nutrition.  There is some real science here.  The study provided good evidence that HMS reduces insulin levels.  This information could be of interest to people who are looking to lose weight because reduced insulin levels correspond to higher levels of fat burning after exercise.  It’s worth repeating that the study showed no differences in performance between those who exercised after ingesting HMS and those who ingested maltodextrin.

What claims does Generation Ucan make about their product based on this scientific evidence? 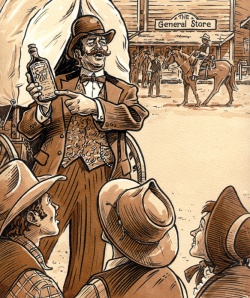 They claim that their HMS produces “optimized performance”, “sustained energy”, “enhanced fat burn”, “speedier recovery” and “no gastric distress”.  The claim about enhanced fat burn is supported by the evidence in the Nutrition article.  The scientific evidence they reference on the website has nothing at all to do with sustained energy, speedier recovery or levels of gastric distress.  As far as “lab tested” or “scientifically proven” these claims are completely unsupported by the scientific evidence the Generation Ucan people provide.  They give you no good reason to believe HMS provides any of these benefits.

The claim about optimized performance is outrageous.  I expect many people looking at the Generation Ucan website uncritically will understand this as meaning that performance is better if you use their HMS than if you use other carb sources during exercise.  The article in Nutrition that is offered as the only reliable scientific evidence given on the website flatly contradicts this interpretation.   There was no difference in performance (or fat burning during exercise) between the HMS group and the maltodextrin group in the study. 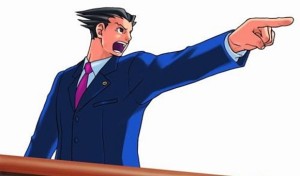 What’s the take-home message about Generation Ucan’s HMS?  The product is likely to lower insulin levels.  This can be useful to people who want to burn fat.  If this is one of your goals, taking Generation Ucan’s HMS immediately after exercise may be useful.  If you are diabetic, don’t go near this product without consulting your doctor.  As far as supporting performance during exercise, their HMS is unlikely to be any better, or any worse, than many other sources of carbohydrates you can eat or drink on the bike.

What’s the take home message about the Generation Ucan company based on how they present themselves on their website?  Either the people who are trying to convince you to buy their HMS have the scientific training to tell the difference between good science and junk science or they don’t.  If they do, then the science heavy promotion on the Generation Ucan website is purposefully designed to mislead you into buying their product based on unsubstantiated claims that they figure you are either too ignorant or too stupid to recognize for what they are.  If they don’t, what are they doing marketing their product with a website that goes heavy on the science?  In either case, why should you believe anything they have to say?

1 thought on ““Superstarch” and the Endurance Cyclist”