This is one of a series of posts designed to help people who are new to cycling get started.  In earlier posts I recommended that you buy your bike from a good bike shop and suggested you think about how you’d like 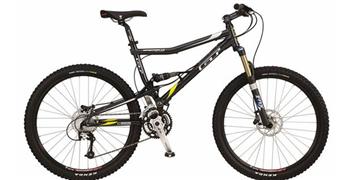 to use your bike before deciding what kind of bike to buy.  The kind of bike you ride and the kind of riding you want to do are so closely related that I recommend you take a look at “What Kind Of Cyclist Do You Want To Be?” before reading this post if you haven’t done so already.

The first and probably most important decision a new rider has to make is what kind of bike to buy.  Choose the right kind of bike at the beginning and you may be opening a whole new world that will give you years, maybe a lifetime, of enjoyment.  Choose the wrong kind of bike and you may have just bought an expensive garage ornament.  There are so many different types of bicycles out there and so many variants on each of those different types that it would take a book to cover them all.  It would also be useless information for many new riders because most of the variants are designed to fit a highly specific need or small niche in the cycling market.  Most new riders will be faced with choosing some type of road bike, mountain bike or hybrid.  If you are at all unsure about which type of bike is right for you, renting a bike for a day’s or weekend’s worth of riding is highly recommended.  This post takes a more detailed look at mountain bikes.

Mountain bikes are built to go where no bike has gone before, or at least where no road bike has gone before.  They’re the all-terrain vehicles of the bicycle world and are sometimes called all-terrain bikes.  In many respects, they are the exact opposite of the road bike.  Where road bikes are light and sleek, mountain bikes are heavy and rugged.  Road riders think about how to attack the next section of road to maintain their current speed or go faster; mountain bike riders think about how to handle the next two or three obstacles in front of them.  Ride a high-end racing bike on a rough, off-road trek and the racing bike would probably break down and leave you walking long before you reached the end of the ride.  Take a mountain bike on a 100 mile bike ride on paved roads and it wouldn’t fall apart but it would be so slow, cumbersome and exhausting to ride you’d wish it would break down so you could end a horrible experience.

There are several styles of mountain biking such as downhill (being carried to the top of a steep mountain descent and then riding down on your bike) or dirt jumping (riding a dirt course with ramps constructed for jumping) but most new riders with mountain bikes will be engaged in cross-country biking.  Cross country can range from riding on fairly sedate, well maintained, gravelled bike paths, to tackling trails of varying degrees of technical difficulty designed for cross country riders, to striking out across pathless terrain.  Rougher riding conditions demand bikes that are better made and more durable, and hence more expensive.

Mountain bikes are built to withstand the punishment of riding in harsh terrain.  They have small, heavy, reinforced frames that are designed to withstand riding over logs and boulders, and crashing down to earth after the bike and rider have launched into the air.  Wheels are usually smaller and heavier than typical road wheels. 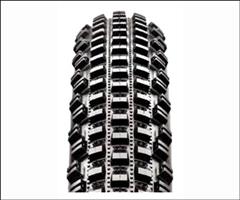 Mountain bike tires are wide with knobbled tread patterns that are designed to gain traction in mud, sand, leaves and water.  Handlebars are usually flat or gently rising and the rider sits in much more of an upright position than on a road bike.  Many mountain bikes use some type of disc brake rather than the caliper brakes commonly seen on road bikes.  Caliper brakes grip the wheel rim to slow the bike down.  They don’t work very well on mountain bikes because the rims are often wet or muddy.  Disc brakes provide much better stopping power in wet conditions but they are heavy.  All of these design differences contribute to making the mountain bike durable and stable when ridden over very rough terrain.

As with any kind of bike there are many varieties of mountain bike.  A decision the new rider will have to make at the outset is what type of suspension, if any, they want on their bike.  A rigid bike has no suspension.  It’s lighter than a mountain bike with suspension and easier to ride uphill.  It also provides a much rougher ride because more of the vibration from every rock, root and hole you hit is transferred to the rider’s body.  They are also harder to handle because anything hit with the front wheel tends to knock the steering out of the rider’s control.  A hardtail has suspension on the front wheel but not the rear.  The suspension adds weight to the bike which makes it harder to ride uphill.  However, it also soaks up vibration from the front half of the bike and greatly lessens the chance that hitting a rock or other obstruction will cause the rider to lose control of the bike.  Full suspension bikes have suspension on both wheels.  They are the heaviest of the three but they also provide the most comfortable ride over rough terrain.  The bike pictured at the beginning of this post is a full suspension bike.  All else being equal, rigid bikes are the least expensive while full suspension bikes cost the most.

A good entry level mountain bike costs about $500 which is much less expensive than an entry level road bike.  The rugged look and riding style associated with mountain bikes is appealing to many young males and bike manufacturers take advantage of this to sell bikes that they call mountain bikes and are made to look like mountain bikes but are basically cheap knock offs that sell in the $300 range or less.  At the $300 price point many of these bikes will hold up if you take care to maneuver around every rock and log in your path instead of riding over them.  As the price drops, so does the quality of the bike.

If you are thinking about buying a mountain bike several additional costs need to be considered.  Because mountain bikes get hard use in rough terrain they break down more often.  Flexing their egos, mountain bikers will sometimes say that if you don’t break something on your bike every week, you’re not riding hard enough.  For a new rider this is silly, but you can expect a higher incidence of repair for off-road and trail riding which means both greater expense and more time when the bike is unavailable to you because it’s in the shop waiting for parts or repairs.  The higher maintainence needs of mountain bikes make establishing a good relationship with a bike shop especially important for mountain bike riders.

Another cost you may have to take into account is some kind of rack on your car to transport the bike.  A mountain bike ride almost always involves a trip by car to and from the trail head where the bike ride starts.  Some SUVs, vans or jeeps will allow you to throw the bike in the back and drive it to the trail head.  If you don’t have a vehicle like this, you’ll need a bike rack.

The biggest drawback to mountain bikes is their limited range of use.  They are wonderful for cross country riding and just about useless for riding on paved surfaces.  Their weight and fat knobbed tires make them very slow.  Any kind of suspension makes the problem worse because the suspension not only soaks up that bumps of off-road riding it also soaks up the energy and power the rider is trying to put into the crank to make the bike move forward.  The rider’s upright position on a mountain bike is also very inefficient when riding over a smooth paved surface.  You need to generate more power because your bike is very heavy with tires that are slowing you down, you have a harder time generating that power because of the position you’re in on the bike, and a good percentage of the power you do generate is soaked up by the bike’s suspension.  Riding a mountain bike up any kind of decent hill on a paved road can be a nightmare.

Cross country riding can be challenging and exhilarating.  You have to control a bike that sometimes feels like a live thing that’s trying to get away.  You have to think fast about how to solve the problems presented by the many obstacles that are coming your way.  Do you go over the rock or around it?  Can you get over those roots and if you do, will they slow you down so much you won’t be able to get up the hill just beyond them?  Can you build up enough speed to get through that muddy patch?  For breakneck, throw-caution-to-the-winds excitement there’s not much that can beat a balls out ride down a steep forested slope.  If this kind of riding appeals to you, you’re probablyy looking at buying a mountain bike.